Showing posts from June, 2018
Show All

Approach to knowledge building through debate during the age of information 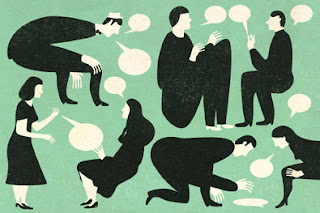 Some thoughts about debating ideas in modern societies: In these days in which general information is becoming a commodity, the activity of discussing an idea within any context will only become a productive and enjoyable experience the day that we will re-learn and apply the old concepts about knowledge. In the Nicomachean Ethics, for example, Aristotle (384 /322) proposed three approaches to knowledge: The first one was coined as "Episteme" related to scientific knowledge and analytical rationality, which later derived in Epistemology, the study of knowledge. The second was defined as "Techné" which represents practical rationality or the craft developed by humans. This type of knowledge is pragmatic, variable and context-dependent. Nowadays is known as technique. The third one was called "Phronesis," a type of knowledge driven by human values, such as ethics and morality. In our days is known as subjective reasoning; the opinion of an indi
Post a comment
Read more
More posts